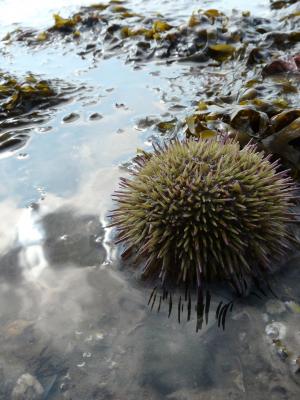 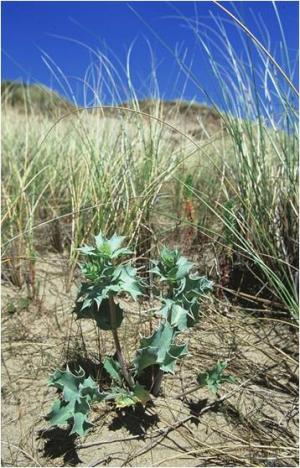 Morecambe Bay itself creates much of the character and wildlife of the wider Morecambe Bay area. It has a variety of habitats, from sub-sea features, like Lune Deep, and intertidal mud and sand flats (which are life support for thousands of wintering waders and wildfowl), to fringing shingle, sand dunes and saltmarshes. At a massive 10 metres the tidal range of Morecambe Bay is one of the largest in the world, transforming the seascape on a daily basis and helping ameliorate the climate of the surrounding hills and valleys.

Below the surface the tides flowing through the mouth of the bay create an underwater landscape of reefs home to fish and brittlestar beds.

Exposed by the tides are thousands of hectares of mud and sand flats and glacial cobble skeers. On the most extreme low tides the bay almost dries out, on the highest tides it fills to the edges of the towns and villages fringing the bay. The flats that occupy this ever changing world are home to reefs of honeycomb worm, mussels and cockles and many other small creatures. This rich abundance of food supports breeding eider, oystercatchers and redshank and hundreds of thousands of wintering waders and wildfowl seeking shelter in the mild climate.

When the tide comes in many of these waders gather in just a few places to wait for the tide to recede, some in quiet out of the way corners, some right in front of Morecambe Promenade, but always where they feel safe. As the tide rises they move from feeding on the flats to rest on the edges of the bay, gathering in flocks that are one of the natural spectacles of the Bay.

On the upper reaches of the tide saltmarshes take over. Here, plants that are salt tolerant stabilise the shore forming a green fringe to the bay. Many marshes are grazed by livestock creating swards ideal for wintering geese to graze and waders to breed on. In some areas, particularly along the East shore of Walney Island and the Wyre Estuary, where the marshes are ungrazed, they turn purple each July with the flowering of sea-lavender.

In the exposed outer bay around Rossall, Walney and Foulney Islands, Sandscale and Hodbarrow the most dynamic habitats can be found. Here shingle banks and sand dunes back the shore supporting colonies of breeding sea birds and rare plants like Walney geranium and sea holly and specialised invertebrates like tiger beetles and grayling butterflies.

Tide pools and brittlestar beds: Earnsea Bay, Walney; and Roa Island on the lowest of Spring tides (but take care: make sure you know what the tide is doing)

Find these places on our Nature Map