Woodlands are perhaps England’s most charismatic habitat and the Morecambe Bay area is blessed with more woodland than most. In different woods you can walk through native daffodils in April, enjoy the heady scent of bluebells in May, or marvel at yew trees hundreds, if not a millennia, old.

Woodland cover is highest from the southern end of Arnside & Silverdale Area of Outstanding Natural Beauty west to Greenodd, and around the Duddon Valley.

Around the head of Morecambe Bay much of the woodland is on limestone soils which give rise to a diverse community dominated by ash trees but with yew, elm and hazel mixed in. Where the woodlands are actively coppiced or where thin soils limit tree growth, a variety of shrubby species such as juniper, blackthorn, whitebeams, privet, viburnum and spindle flourish. Other species such as field maple and wayfaring tree are at the northern edge of their range, and Lancastrian whitebeam is only found in the Morecambe Bay area. During autumn the variety of trees and shrubs add a late season splash of colour to the landscape.

Amongst the many notable species supported by the limestone woodlands are a number of rare butterflies including pearl bordered and high brown fritillaries and Duke of Burgundy, hazel dormice and birds such as marsh tit and hawfinch. Many flowers, including a suite of orchids, are found amongst the limestone grasslands associated with the woodlands.

Where soils become more acidic to the north of Morecambe Bay and in the Duddon Valley oak becomes the dominant species. Species such as pied flycatcher, and the rapidly declining wood warbler, are closely linked to these woods, especially where grazing or rocky soils keep the understory open.

Where soils are waterlogged species such as willows and alder become dominant. These wet woodlands are much reduced by past conversion for agriculture but are still a feature of the river corridors and the fringes of the lowland raised bogs, where restoration programmes will help improve their extent in the future.

The parklands of the area are also more limited in extent and closely linked to the designed landscapes accompanying the stately homes of the area. 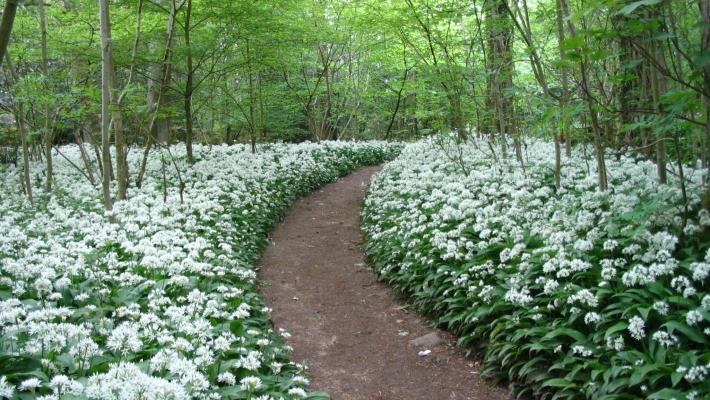